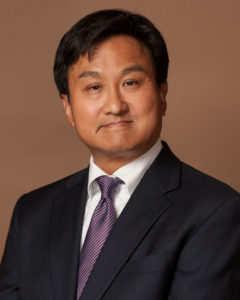 Dr. Thomas (Tom) Wu completed his dental training at Northwestern University Dental School in 1989, and a year of GPR training
in New York before opening his group practice in San Gabriel in 1995. He enjoys learning new skills in implant and cosmetic dentistry, and between 2007 through 2009, he completed a mini-residency in titanium implants. He served as the president of CADSSC in 2006 and continued
to maintain board and advisory roles, where he had spent a tremendous amount of time mentoring new dentists, junior board members, and other leaders of the dental society. Dr Wu is bilingual, fluent in both English and Mandarin Chinese, and he serves on the board of a community bank for the past ten years. Being grateful for his fulfilling career in dentistry, Dr Wu gives back to people in need by serving the underserved populations local and abroad in Mexico with the Healing Hearts Across Board mission trips.